The Abrahamic commitment to the Rome Call for AI Ethics. 10th January, 2023.

“We have gathered with our Jewish and Muslim brothers in an event of great importance to call upon the world to think and act in the name of brotherhood and peace – even in the field of technology. The signing of the Rome Call by Jewish and Muslim religious leaders and the joint call for algorethics to guide the design of artificial intelligence refer precisely to the increasingly urgent need to build paths of peace, mutual respect, dialogue and community’.

With these words, Archbishop Vincenzo Paglia, president of the Pontifical Academy for Life and the RenAIssance Foundation, welcomed the participants in the event “AI Ethics: an Abrahamic commitment to the Rome Call” – organised at the Vatican City on January 10th, 2023 – which brought together leading religious representatives and international technology key players, such as Microsoft and IBM.

The event has been promoted by the Vatican’s RenAIssance Foundation, the United Arab Emirates’ Abu Dhabi Forum for Peace and the Chief Rabbinate of Israel’s Commission for Interfaith Relations. 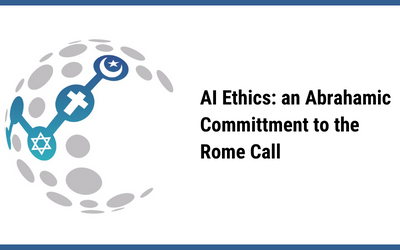 AI Ethics: An Abrahamic commitment to the Rome Call

An event entitled AI Ethics: An Abrahamic commitment to the Rome Call will take place at the Vatican on January 10th, 2023. On this occasion, three representatives of the three Abrahamic religions will sign the Rome Call for AI Ethics, a document issued by the... 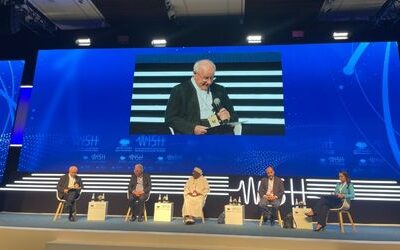 The role of AI in Healthcare

Doha (Qatar), Oct. 4, 2022 - The speech of Msgr. Vincenzo Paglia, president of the Pontifical Academy for Life, at the World Innovation Summit for Health (WISH) held in Doha, Qatar, was received with great attention. Invited to present the Rome Call for AI Ethics in a... 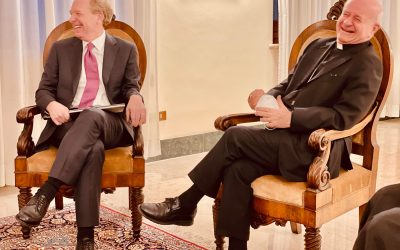