AI Ethics: An Abrahamic commitment to the Rome Call

“We have gathered with our Jewish and Muslim brothers in an event of great importance to call upon the world to think and act in the name of brotherhood and peace – even in the field of technology. The signing of the Rome Call by Jewish and Muslim religious leaders and the joint call for algorethics to guide the design of artificial intelligence refer precisely to the increasingly urgent need to build paths of peace, mutual respect, dialogue and community’. With these words, Archbishop Vincenzo Paglia, president of the Pontifical Academy for Life and the RenAIssance Foundation, welcomed the participants in a unique event at the Vatican today, which brought together leading religious representatives and international technology key players, such as Microsoft and IBM.

Promoted by the Vatican’s RenAIssance Foundation, the United Arab Emirates’ Abu Dhabi Forum for Peace and the Chief Rabbinate of Israel’s Commission for Interfaith Relations, the event consisted of two parts.

The opening remarks, institutional greetings and reflections were presented by the attending religious leaders: Archbishop Vincenzo Paglia; Chief Rabbi Eliezer Simha Weisz (Member of the Council of the Chief Rabbinate of Israel), and HE Sheikh Al Mahfoudh Bin Bayyah (Secretary General of the Abu Dhabi Forum for Peace), on behalf of HE Sheikh Abdallah bin Bayyah (President of the Abu Dhabi Forum for Peace, Chair of the Emirates Council for Shariah Fatwa).

“Judaism extols the wisdom of humanity, created in the Divine Image of God manifest generally in human innovation and in Artificial Intelligence in particular”, stated Chief Rabbi Weisz. “We are enjoined to bless such endeavor with the formula “Blessed are you, O Lord our God, who imparts from His glory to flesh and blood.” However, at the same time there must be a creative tension between human creativity and the moral guidance that flows from our connection to the Creator of the Universe, the Source of all wisdom; for without such, there is a danger to the uniqueness and vocation of the human person created in the Divine Image, and an existential danger is posed to humanity in general”.

HE Sheikh Abdallah bin Bayyah (President of the Abu Dhabi Forum for Peace, Chair of the Emirates Council for Shariah Fatwa) sent a video message in which he stated: “Religions, at their core, seek to secure man’s felicity in both this world and the hereafter. Therefore, they urge us to seek out its means of actualization. In this regard, the religion of Islam encourages the acquisition of knowledge, seeking an understanding of the universe, and a perpetual increase in learning. The Holy Qur’an states, “Say, ‘My Lord, increase me in knowledge.’” The knowledge of which we seek an increase includes both religious and worldly knowledge, which is the foundation of a successful society, both spiritually and materially.” He explained, “Religions and laws, in their endeavor to promote wellbeing and guidance, are keen to ensure that scientific and technological innovations and achievements take into account ethical frameworks that preserve the dignity and nobility of man, and in fact protect his life.”

Then Father Paolo Benanti, Extraordinary Professor of Ethics of Technologies at the Pontifical Gregorian University and Scientific Director of the RenAIssance Foundation, delivered a keynote speech, in which he reminded the participants of the urgency of developing algorethics, stating: “Developing an algorethics that respects people and their rights means to clarify the sense of our values. In fact, algorithms work on numerical values. While ethics, on the other hand, addresses moral values. We must create a language that can translate moral values into something computable for the machine. However, in the man-machine relationship, the true expert and bearer of values is man. Human dignity and rights point out that man must be protected in the man-machine relationship.”

Father Paolo Benanti’s keynote was followed by the signing of the Rome Call by the religious leaders.

The delegation was then received by the Pontiff. Pope Francis renewed his interest in the ethical development of artificial intelligence, stating: “I am glad to know that you also want to involve the other great world religions and men and women of goodwill so that “algor-ethics”, that is ethical reflection on the use of algorithms, be increasingly present not only in the public debate, but also in the development of technical solutions. Every person, in fact, must be able to enjoy human and supportive development, without anyone being excluded”. The Pontiff added then a reflection about asylum seekers, saying: “It is not acceptable that the decision on the life and fate of a human being should be entrusted to an algorithm. The Rome Call can be a useful tool for a common dialogue between all, in order to foster a humane development of new technologies”.

After the papal audience, the floor was given to the partners who first signed the call in February 2020. They confirmed their commitment to the design and implementation of an artificial intelligence that follows the principles of this call.

“We must ensure that AI remains a tool created by humanity for humanity,” said Brad Smith, Vice Chair and President of Microsoft. “AI will advance even more rapidly in 2023, and it’s imperative that we guide this work with a strong commitment to high ethical standards and a broad sense of societal responsibility.”

“That the great Abrahamic monotheistic religions have come together to reflect and act on the implications of the rapidly advancing frontiers of science and technology, as exemplified by artificial intelligence, is of historical importance,” said Darío Gil, Senior Vice President and Director of Research, IBM. “IBM is an institution that has been responsibly advancing such frontiers for over a century, and we believe it will be the quest of all of society, and of all our institutions, including religious ones, to reason through the moral and ethical implications of great scientific and technological advances. We are proud to reaffirm our commitment to the Rome Call for AI Ethics, and we look forward to realizing its vision in partnership with all its signatories and allies.”

“FAO is honoured to be one of the first signatories and supporters of the Rome Call for Ethics, and would like to congratulate the commitment, and multi-religious support for this important common cause moving forward”, said Maximo Torero Cullen, FAO Chief Economist.

In the second part of the day, leading speakers discussed the ethics of technology and artificial intelligence in particular, analysing the topic from both a religious and secular perspective.

After the experts’ speeches, a joint declaration prepared by the representatives of the three Abrahamic religions was officially read out. The declaration can be downloaded from the website www.romecall.org

“The joint signature to the Rome Call by the three Abrahamic religions – a unique event for its social and cultural magnitude,” Msgr. Vincenzo Paglia concluded, “will raise global awareness of the urgency of ethical approaches to AI in areas, such as education, health, social equality and law.”

As the day drew to a close, Msgr. Paglia announced the next event that will be organised by the RenAIssance Foundation to promote the Rome Call for AI Ethics: namely, the signing of the call by leaders of the Eastern religious traditions in July 2023 in Japan.

The video of the event is available at: https://www.youtube.com/watch?v=sKvvmg5jI_g

The Rome Call for AI Ethics (www.romecall.org) was signed in February 2020 by some of the world’s leading tech companies (Microsoft and IBM), together with the FAO and representatives of the Italian Government. The Call binds its signatories to comply with its principles, in terms of transparency, inclusion, accountability, impartiality, reliability, security and privacy.

Religions have played and will continue to play a crucial role in shaping a world in which the human being is at the centre of the concept of development. For this reason, an ethical development of artificial intelligence must be approached from an inter-religious perspective.

The potential of an inter-religious event lies in the impact of its message. Faced with the radical transformations that digital and intelligent technologies are producing in society, the three Abrahamic religions together provide guidance for humanity’s search for meaning in this new era.

Essential for building solidarity and peace and strengthening relationships between the East and the West, inter-religious dialogue must be promoted in all aspects of life, including technology and modern science. Covid-19 has demonstrated how technology (and in particular, artificial intelligence) is ubiquitous and deeply embedded in our lives.

For technological achievements to be used for the benefit of all, in the promotion of human dignity, equality and justice; and for tools, such as social media or their future versions, to be used to promote shared values, such as human brotherhood, instead of division and mistrust, the human society must adopt algorethics, i.e., the ethical development of algorithms, designed, discussed and agreed upon by all the people of goodwill.

The signature of the Rome Call for AI Ethics by the Abrahamic religions is the first major event promoted and organized by the RenAIssance Foundation. The Foundation was established on 12th April 2021 by Pope Francis as a public canonical juridical personality; it is an instrumental body of the Pontifical Academy for Life, where it is headquartered, in the Vatican City State. The non-profit RenAIssance Foundation aims to support the anthropological and ethical reflection of new technologies on human life, promoted by the Pontifical Academy for Life. It is registered in the register of NPOs (Non-Profit Organisations) of the Governorate of Vatican City State.

(ADFfP) was established by HE Shaykh Abdallah bin Bayyah in 2014 under the patronage of Sheikh Abdallah bin Zayed, the Minister of Foreign Affairs and International Cooperation of the United Arab Emirates. The vision of the ADFfP was to address the crises facing global Islam from with the framework of the Islamic theological and jurisprudential tradition, applied to local contexts. Over 1,000 of the world’s Islamic scholars from various backgrounds, as well as academics and thought leaders, attended the ADFfP’s launch and continue to participate in its interfaith initiatives. The ADFfP is thus the first global gathering of scholars and experts from multi-disciplinary backgrounds, designed to provide a calling for peace, coexistence and the common good. 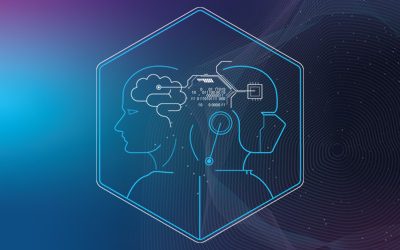 Second anniversary of the Rome Call for AI Ethics, signed in Rome by Microsoft, IBM, FAO on February 28, 2020

Vatican City, February 28, 2022 – It is an extended family that celebrates today the second anniversary of the Rome Call for AI Ethics. Promoted by the Pontifical Academy for Life and firstly signed in 2020 by Microsoft, IBM, the Food and Agriculture Organization of... 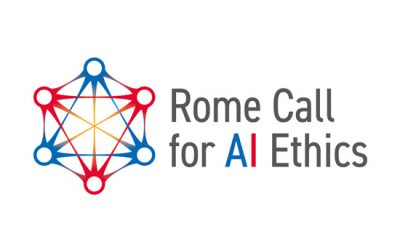 The Call for AI Ethics was signed in Rome

Pontifical Academy for Life, Microsoft, IBM, FAO, the Italian Government, today signed as first the “Call for an AI Ethics”. 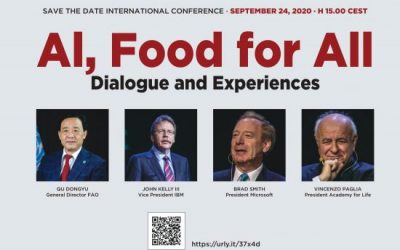